Questions to Ask Your Doctor

First, don’t blindly accept every thing your doctor tells you about his plans for your treatment—whether it be a course of medication, invasive tests, or surgery. Here are some questions you can ask to give you the most information about what’s going to happen: Is what you’re planning the safest way to address my condition? What other options are available, and what are the risks of those? 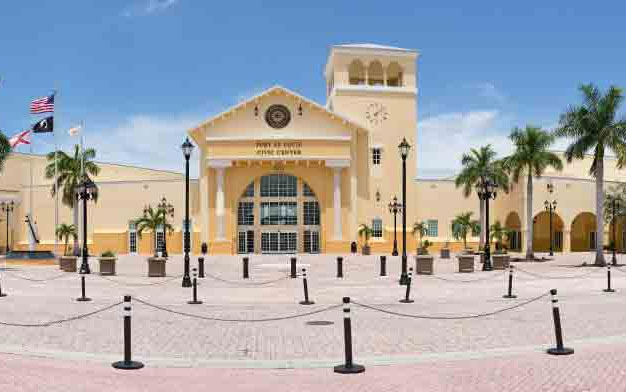 Some doctors recommend treatments that—unfortunately—give them the most profit with the least amount of effort. There may be other treatments for your condition that your doctor won’t tell you about unless you ask. You need to know the facts.
If you’re going to have surgery, ask your doctor whether the anesthesiologist, the pathologist and the labs they use are covered under your insurance plan.

Even though your insurance approved paying for your surgeon, often the anesthesiologist and others involved in your care do not take your insurance. Avoid surprises, like hefty medical bills you thought were covered. Ask first.
Ask your doctor how many times he’s done this procedure before.
I’ve had cases where a doctor has botched a procedure and later admitted to me he’s only done this a few times (Or in one terrifying instance—that was the first time he tried that procedure.) For example, for a laparoscopic procedure or a robotic surgical procedure, doctors often just attend a weekend workshop and do one or two procedures on cadavers before adding that to their own practice.)

Ask your doctor if he carries medical malpractice insurance?

In my experience, many doctors who don’t carry malpractice insurance are the ones with bad claims records and who can’t be insured. The Board of Medicine requires any doctor not carrying malpractice insurance to post a sign in their office. I’m not suggesting you avoid a doctor who doesn’t carry insurance, but you should know the facts and make an intelligent choice, should anything go wrong.

Board certification is the highest standard for a doctor in a particular medical specialty. It requires several years of practice, and usually a written and an oral test. Even though he/she may be board certified, make sure it’s in the specialty you’re being treated for I’ve seen doctors doing plastic surgery who are not board certified in that area, but are board certified in otolaryngology, for example. If your dermatologist plans on removing any lesions and doing the pathology examination himself, make sure that not only is he/she board certified in dermatology, but also in the sub-specialty of dermatopathology.

If you’re confused about the information you’re getting, don’t be afraid to ask your doctor for a second opinion. Either have your doctor give you a referral to another doctor—NOT in the same practice—or find another doctor through referrals from friends. You need to have all your questions answered about your medical care.

The safety of the people shall be the highest law

Surgical injury or death may be as a recognized complication, or it may be due to medical malpractice. Our experts can find out for you. 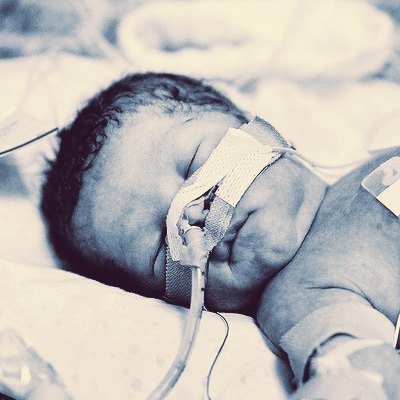 Medical debts are the number-one cause of bankruptcy in America.

Malpractice occurring during or just after birth of a baby can result in a lifetime of heartache and care, and such injuries should be investigated. 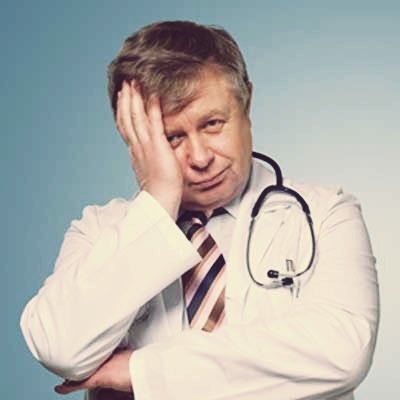 You know what they call the fellow who finishes last in his medical school graduating class? They call him ‘Doctor.’

GIVE YOUR DOCTOR A CHECKUP

Find out your doctor’s educational background, credentials, board certification and prior claims. 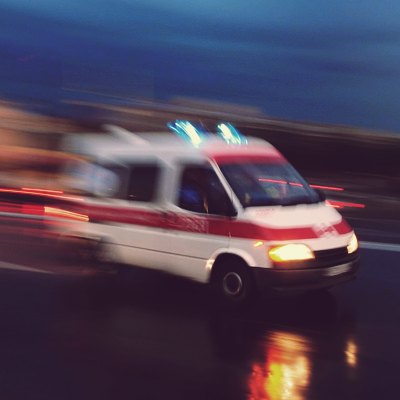 Medical and hospital malpractice is the third leading cause of death in America.

This can happen from a head injury, a bleed, a stroke or lack of oxygen to the brain, and can possibly be from medical malpractice. 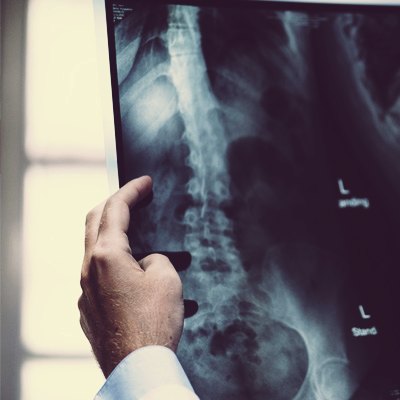 The dead cannot cry out for justice. It is a duty of the living to do so for them.

Most falls in nursing homes or assisted living facilities can be prevented with proper safety measures and the proper attention of the intitution’s staff.

A hero is an ordinary individual who finds the strength to persevere and endure in spite of overwhelming obstacles.

Be the Captain of your own medical decisions. You can prevent arguments among family members. Make decisions easy for your family. Ensure doctors follow your wishes. 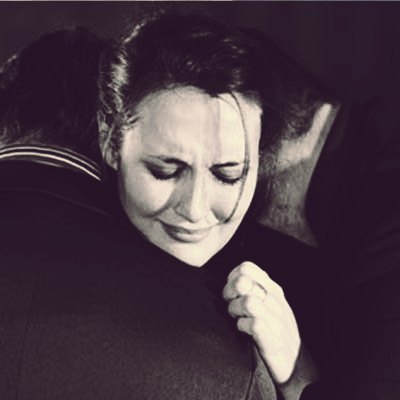 Hope is being able to see that there is light despite all of the darkness.

This is outrageous, five times as many Americans die every year from hospital/doctor mistakes than die from auto accidents. 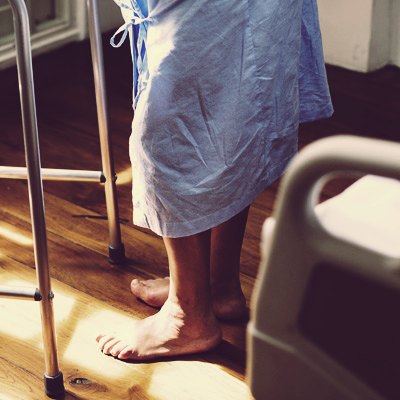 Your friends and family are several of the reasons why you shouldn’t remain on that sick bed.

Unexplained injuries, bruises and other related injuries may be the result of nursing home abuse. These injuries are a felony under Florida law.

If dogs don’t go to heaven when they die, when I die, I want to go where they go.

CALL FOR A FREE FACETIME CONSULTATION

My Treasure Coast clients are people who have been seriously and permanently injured by medical/hospital errors; who have had family members die at the hands of incompetent doctors or nurses; whose elderly loved ones have been abused and mistreated by uncaring nursing home staff. Many cannot even leave their houses because of their injuries. Sometimes their computer is their only contact with the outside world. These are my people!

A BRIEF HISTORY OF THE TREASURE COAST

Located along the Atlantic coastline, The Treasure Coast is appreciated for its natural beauty and can be found between Miami and Vero Beach. It is home to some of the most riveting natural sights and has become a prominent part of modern-day Florida. What makes this such a “treasure” for the masses? Does it have to do with sandy beaches from one end to the other? Does it have to do with fruits that are grown in the region? While all of these things are wonderful, the name comes more from what the area was known for in the past. It was supposed to be an area that was filled with treasure according to the Spaniards in 1715.

Treasure in the Treasure Coast

The ships coming in from Spain were looking to find high-value treasure and were home to collect as much wealth as they could along the way. They wanted to ship the treasure back to their homeland but weren’t able to due to incoming storms. This led the ships to sink to the bottom of the ocean. Since the ships were filled with various riches, they all sank straight to the seafloor as soon as the ships went down. Since various nations were entangled in war during the time, the conflict started adding up. Over the next few years, the nations were able to settle matters and the goal was to have Spain come to America and collect what was found. The ships continued to venture in this direction from Europe and took different routes to do so including heading to Veracruz. These ships ended up collecting silver, gold, jewels, and various trade items.

Tropical Storms are part of our History

It was during the last leg of the trip when these ships headed to the Florida coast. They knew it was a risky endeavor and something that could lead to dealing with inclement weather. They were worried about getting pushed into shallow water along the coast and having their ships destroyed by the natural elements. Unfortunately for them, the ships had to go through what was the middle of a hurricane season in the area.

The fleet that had set out to this part of Florida arrived sometime during the end of July in 1715. They were heading north at the time and managed to get to the Bahama Channel on the last day of July. This is when the ships got caught right in the middle of a tremendous hurricane that did quite a bit of damage. These ships couldn’t move around as the storm did its thing. This means massive waves started to smash against the ships and sent them toppling over into the water. These ships were never seen again as everyone sunk with them. The shallow waters near Cape Canaveral led to everyone else in the fleet getting crushed and tossed aside. According to historical figures, it is assumed approximately 1,000+ individuals passed away during that storm.

The few that managed to get past this horrific hurricane in the Atlantic managed to survive because they were closer to the Florida coast. These individuals took the opportunity to settle along the coast and recuperate while being able to gather wood. This was essential when it came to surviving and making sure the right decisions were made when it came to surviving. During this period Don Francisco Salmon made sure to have a detachment sent to St. Augustine as a way to let Spanish authorities know what was transpiring with regards to the natural disaster. It was expected a separate boat would be built from the ground up for the detachment to head south towards Havana. The reason for doing this was the same as it was important to make sure everyone was aware of what had happened. As for the situation at the time, survivors were in low spirits and didn’t have much to survive on, which is why they were feasting on whatever was available at the time including horses, cats, dogs, and local palmetto berries.

The Spanish continued to spend time in the region and look to recover as much as they possibly could. It was difficult to do so due to the conditions and this took a lot out of them as the sea was not stable at the time. This means it was starting to wreak havoc on the ships that were in the fleet while spreading the contents around. As more and more people started to learn about the natural disaster, there were smaller vessels that were coming over to take a look at what they could recover along the coast with regards to the treasure. Generations have spent time looking for gold coins that washed up to the shore and/or other related artifacts. It was during 1955 when another hurricane rolled around the area and started to damage the sand dunes close to Sebastian Inlet. This is when the shipwrecks started to appear and treasure hunters began seeking new information about potential treasure nearby. Many locals such as Kip Wagner felt it was important to look for treasure and even set up a company to do so, which led to them finding two of the main fleet vessels.

The treasure that was found along the coast was the reason why it was given the name that it carries to this day. It was newspapermen Harry J. Schultz and John J. Schumann Jr. that gave it the name Treasure Coast. There were towns spread along the coast at the time and it was important for this one to stand out from the rest. As a result, the new name made sure people appreciated what this coast was all about as many were heading over to the Gold Coast to the south or Space Coast to the north. Kip Wagner and the rest knew this was a beautiful way to draw up interest.

For those intrigued by the Florida Coast, what is your favorite part of this beautiful area? For more, take the opportunity to reach out to the Facebook community and go through the treasure-related photos in the Florida Photographic Collection.

The Covid-19 Pandemic is Upon Us. Here are two free forms that will help you and your family:

Covid-19 can strike without warning and may put the victim in the hospital or even on a respirator, unable to make their health-care decisions themselves. Everyone should have a living will, which is a form to indicate what your health care decisions are should you become incapacitated and unable to make your wishes known to your family or doctors. 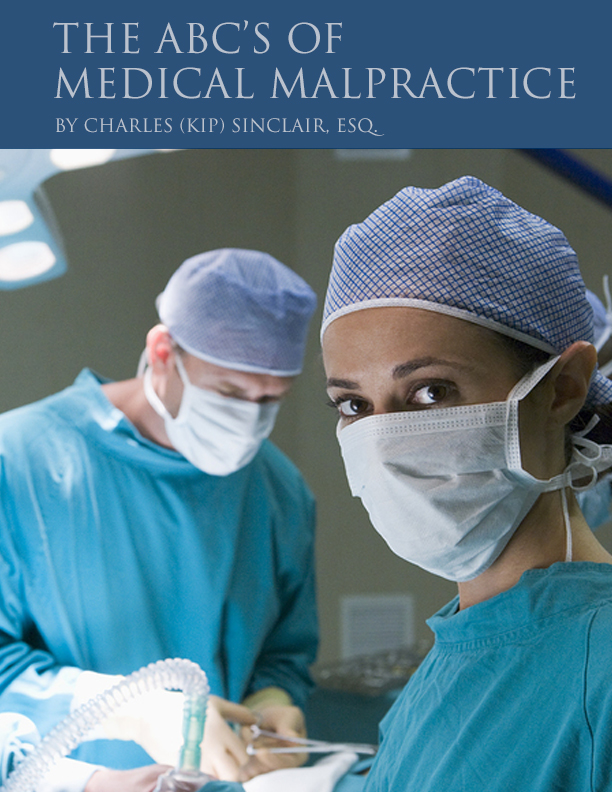